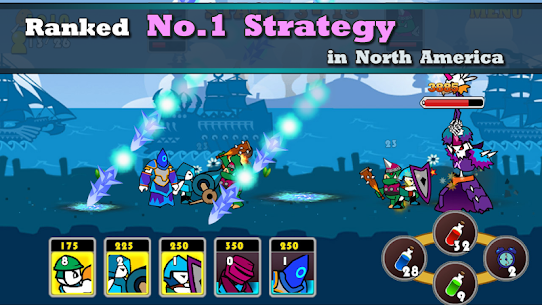 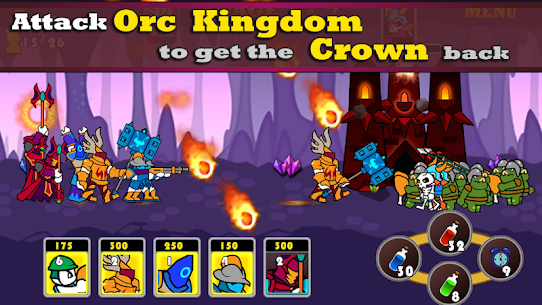 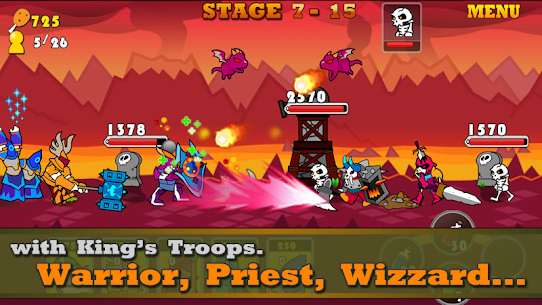 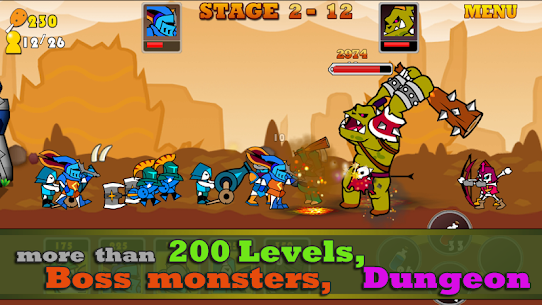 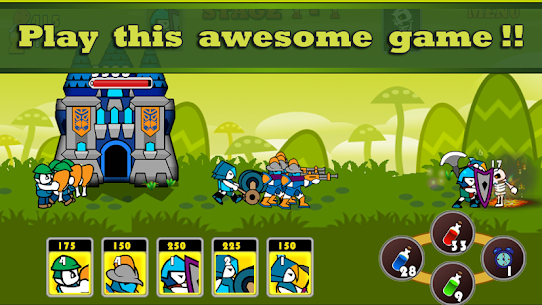 A long time ago, there was a continent where humans and monsters live together.
One day, the Orc Lords sent soldiers to the human kingdom to stole the human king’s clothes and crown.
The angry king of the human race hastily gathers soldiers and advanced to the kingdom of the orcs to reclaim the crown…

CREATE UNITS
Acquire and produce over 20 units to attack and destroy enemy’s castles.

UPGRADE YOUR UNITS AND CASTLE
Level up your units and Evolve them into more powerful.
Upgrade your Castle to increase HP and Population.

BOSS AND DUNGEON
Battle powerful bosses and challenge to dungeon with your strongest troops.

In Between 1.1 Apk Headup