Take a break and discover the joys of world domination in the NEW RPG Adventure title, Game of Nations. You won’t have to lift a finger, just swipe and start your journey!
Download APK
4.4/5 Votes: 9,148
Report
Developer
Erepublik LabsVersion
2021.11.3
Updated
July 27, 2021Requirements
5.0 and up
Size
151MGet it on 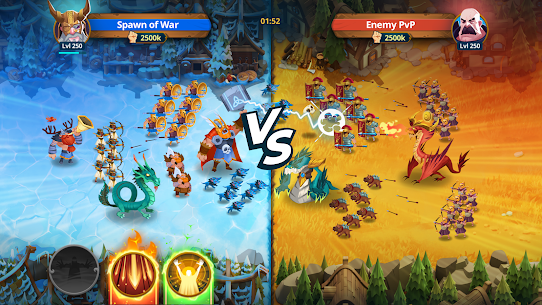 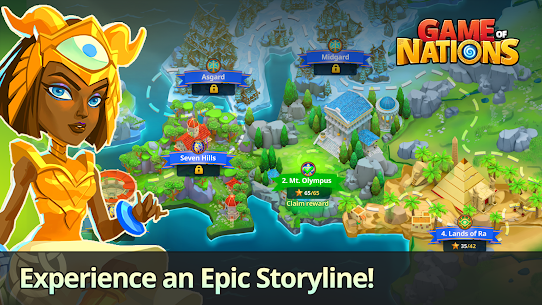 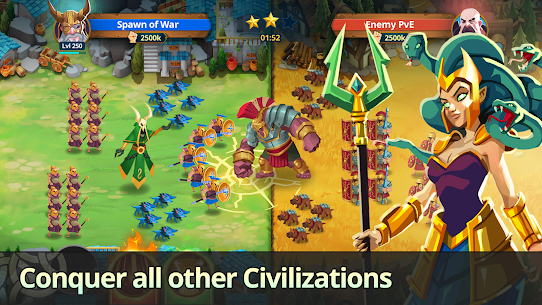 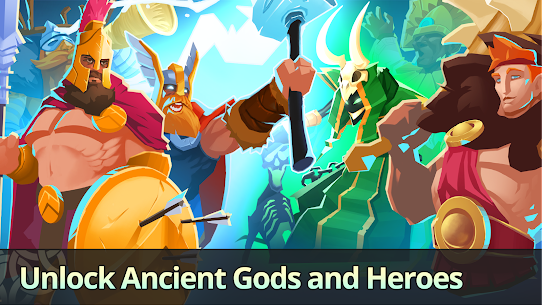 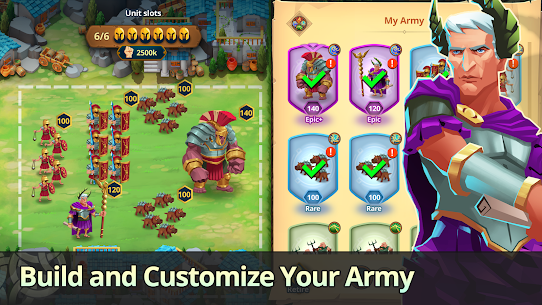 Take a breather and discover the joys of world domination in the NEW RPG Adventure title, Game of Nations. You won’t have to lift a finger, just swipe and start challenging other-worldly heroes to massive battles!

Immerse yourself in an epic universe with a beautiful story as you unlock unique Heroes from legendary civilizations, each with its fantastic set of skills. You will enjoy the company of epic Heroes, mythical creatures, and gods alike who will rally to your cause and trump your rivals in the clash of powers.

The single-player campaign is a joy to progress through, but you won’t want to neglect the PvP battles in the Arena – they put your skills to the test and you will get generous rewards.

Game of Nations is a role-playing game that’s both challenging and relaxing. See it for yourself!

Your heroes will jump in the battle and fight their way to victory without your guidance. Take over the reins at the beginning of the battle when you decide where each hero or unit will take their place. Position beefy brawler Minotaur in front of the army, then place the Erinyes, stealthy creatures with sharp blades that can teleport behind enemy lines. Mix and match the Heroes and units until you feel it in your bones that you got the perfect team roster.

Take full enjoyment of what the game has to offer— the Tower of Aspiration, where you’ll challenge creatures and Heroes to unlock bigger and better rewards as you climb to the top. If you are up for an even bigger challenge visit the Arena where you can match up against other real-life players and climb up in the ranks for bigger and better rewards.

***STRATEGIC GAMEPLAY***
Come up with the best Heroes and Units lineup to crush your enemies on the battlefield.
Upgrade your Heroes to make them stronger and unlock their unique skills.
Gear up your team roster and watch how you ace the game.

***TONS OF CHALLENGES***
Progress through the Campaign and fight against ancient Gods, beasts, or fearless warriors.
Cause some discord in the PvP Arena and discover all sorts of ways to combine your Units and match up to other players.
Climb up the ranks in the Arena Leaderboards to unlock rewards.
Battle your way to the top in the Tower of Aspiration and face off forces of nature to claim extra prizes.

***ENDLESS NOVELTY***
Explore countless civilizations, each with its Heroes, monsters, and magical creatures – Greeks Roman, Norse, Native American, or Korean characters will lend you a helping hand in the fight against evil forces.
Summon Heroes and units from different factions representing the four elements of nature, Earth, Water, Air and Fire. Each faction holds buffs and unique advantages over other factions so mind this when building your formation.

***ALLIANCE CONTENT***
Challenge daily the Alliance Giant and collect precious rewards.
Send and receive Alliance Gifts, essential for summoning new Heroes.
Be part of your own tribe, chat for fun, or debate strategies with Alliance mates.

***CASUAL GAMING***
Claim the AFK Treasury that collects loot while you are offline and will be brimming with loads of Hero boosting items once you go online.
Mix and match your Heroes and Units and sit back to watch them fight for you.
Effortlessly gather Chests in the Arena and open them to collect amazing loot

Discover the adventure, craft up the greatest team, meet new friends or taunt your foes!

Go conquer your World and join us on Discord:
https://discord.gg/sRWgxRz

Feedback?
The more you tell us, the better Game of Nations gets. Reach out to us at [email protected]

- Collect the Units and Heroes from our new Japanese Civilisation and get your rewards from the Gallery
- Step inside the Hall of Legends where Champions who accomplished great achievements have their name engraved in the records of history.